Yesterday morning while waking up I laid in bed and scrolled through Facebook on my phone.  This article by Your Pit Bull & You caught my attention and as I was reading it I was mentally screaming “Yes!  This!”  Of course, my mind runs at warp speed in the mornings and I started thinking even more about what they were saying.  As I shared the link on the blog’s Facebook page (which you should totally be following if you aren’t already) I said, “This. A million times this exact message needs to be shared. THIS is why I am all about education and outreach.  It’s great to save one dog at a time, and that should never be devalued, but to make an impact on countless future lives and actually have a chance of one day living in a nation where we don’t kill thousands of adoptable dogs each week, we need empathy. Empathy for the dogs’ driving forces and empathy for owners that can’t or don’t understand the right way to care for them.”

YPB&Y did a fantastic job talking about why it is SO important to understand the driving forces behind what dogs do, and how it most certainly can help keep them out of shelters, but I want to expand a little on the last part of what I said.  Raise your hand if you have ever been scrolling through FB, seen a picture of a sick or abused dog in need, and said something like, “I really hate humans.”  You can’t see me, but I’m hanging my head and raising both hands.  I am incredibly guilty of this line of thinking.  And when you hold a dog like Annie or Hollie in your arms, it’s really hard not to feel some hatred towards the person that let them get like this.  But what I have slowly been learning is that not all “cruelty” is as it appears.  You might remember, but Annie was living under an abandoned, bank-owned house.  I never once stopped to wonder about what devastation must have happened to cause this family to move away and leave their dog.  Annie clearly had been living alone under the house awhile, but she was so trusting and loving from the moment I crawled under there and got her, that it leads me to think that she must have been loved and treated well by this family.  We think she was hit by a car.  What if on the day the family was getting ready to move she got hit and hid because she was hurt.  Her family might have searched for her for hours before they had no choice but to leave.  Her family very well could have been devastated by the fact that they left behind sweet Annie.  But I never once gave any of that a thought.  Instead I just cursed them for being evil, horrible people.

Raise your hand again if you have said the phrase, “I would live in my car before I got rid of my dog!”  I’m hanging my head and raising my hand again.  But would I?  Would you?  Would you really live out of your car rather than give up your dog?  This statement implies that the family giving up their dog just didn’t care or love them enough.  But what if they could only afford housing that cost below a certain threshold and not a single one of the rentals that they could afford allowed dogs?  What if they actually love their dog so much that they realize someone else can give it a better life than them.  Now that’s something to think about.

While volunteering at a rural Animal Control facility we would frequently get dogs left in the “drop box”.  It disgusted and infuriated me beyond words that someone would come in the night and stuff their dog in this little concrete cell until we found them the next morning.  I said to one of the officers, “We should install a camera and post these people’s faces all over the internet!”  And you know what she said?  “Morgan, if we did that, they would just let them run loose or worse, take them in the woods and shoot them.”  Well that stopped me in my tracks.  This was particular conversation was probably over a year ago, and it has taken me until very recently to begin to understand things: Sometimes people need the help.

It’s unfathomable to me that someone wouldn’t know that shelters kill dogs and cats…but many people don’t know that.  And sometimes they find themselves in situations that lead them to believe that turning their dog over to a “shelter” actually is the best way to get their dog cared for.  Let’s think about that word, which is so commonly used: shelter.  You seek shelter from a storm.  You take shelter in your friends’ arms.  Shelter sounds like a good thing, doesn’t it?  And you know what?  Some shelters are lovely, well-funded places that do offer the animals a better life until a few family comes along.  And some aren’t.  Some shelters automatically euthanize anything they deem a “pit bull”.  Some automatically euthanize anything after the stray hold is up, which is usually about a week.  Some have 5 or 6 dogs crammed in one tiny cell because they are so overcrowded.  I know these things because I have see them with my own eyes.  But I also have made this line of work my life’s mission.  Average Joe down the block that lost his job and is now losing his house and has to move in with his uncle that is allergic to dogs, likely has never been to a shelter and genuinely doesn’t know any better.

So what’s my point?  It’s no secret I believe in personal responsibility.  And that commitments are kindofabigdeal to me.  (Boy, I was a little preach-y in those posts, wasn’t I?)  And yes, I think there are some horrible people out there that do horrible things to animals.  And some that just genuinely don’t care at all.  But how can I throw out a blanket statement like “I hate people” when it’s people like me and you work to save these dogs?  What sense does it make to make myself unapproachable by having that attitude?  None.  My point it this: All of us in the animal welfare and advocacy world would probably be best served in our efforts by occasionally taking the time to see things from the perspective of a person that might be seeking our help.  You never know when you might be able to assist someone with training and therefore enable them to keep the dog in their home.  Or help them find a low-cost clinic to care for their pet so they can afford keep him.  The possibilities are endless.  I am probably writing all of this out of guilt for my own negative attitude in the past, but I hope it touches someone and they decide that sometimes people need the help.  And in turn, we all help the animals.

“Children are great imitators.  So give them something great to imitate.” – Anonymous

I have said, time and again, that the way to actually get to the root of the pet overpopulation problem is through education.  I firmly believe that every single life saved is invaluable and deserving, but for every one saved, there are countless ones currently suffering at the hands of abuse, living in shelters or on chains, and being euthanized.  Imagine a day when there was no need for rescue work at all?  A day that shelters merely existed to house dogs that got loose until their owners could be reunited with them?  A day when the saddest story we read was of a beloved pet that came down with an illness?  If we are ever going to get to that day, it will be through education.

I truly believe that children are our future.  Which is what makes this petition SO exciting to me:

“The mission for Animal Welfare in the school curriculum is to educate and explore the history and meaning of our animal kinship and foster a life-long commitment to animals. Our mission is also to alleviate the suffering of all animals. A classroom presentation program should exist to give the students hands-on learning experience of rescued animals. This will encourage kindness and empathy for both human and nonhuman animals and promotes understanding of our many diverse habitats.                                                                              Field trips to an Animal Shelter and an Animal Rescue should also be a part of this program. It is a powerful experience. Sharing the love of animals also includes awareness of animal overpopulation and the reason for neutering and spaying. Most importantly, humane education strives to establish a sense of responsibility, making the world a better, more humane place. Our children ARE the future.  To end I would like to Thank all of you who sign and share this, and may God bless you all.”

Imagine the implications of a program like this!  Children that ask their parents for a puppy specifically from the shelter.  Children that ask their parents why Fido has to live on the chain in the yard and can’t come inside.  Children that scold their older sibling when they see them throw rocks at a dog.  Children that become more aware of the world around them.  Rescues currently in existence could begin to focus their efforts on educating low-income areas.  Or helping concerned pet owners with behavioral issues learn how to train their dogs to keep them in their homes and out of shelters.  Government funded animal controls could begin spending their budget on low cost spay and neuter clinics instead.  The potential domino effect is as large as our imaginations allow it to be. 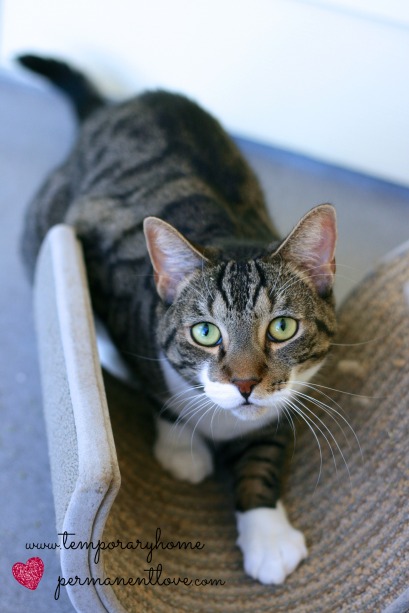 To the handful of people that I know will say something like, “But children should not be exposed to suffering!”  I call bulh$#*t.  You need to toughen up, and so do your kids.  There is a big world out there and by sheltering children the way parents do these days, you are doing them exactly zero favors.  Just because a child plays a sport does not mean he should automatically win a medal.  Just because a child does not like his teacher does not mean you should swoop in and demand they be moved to a new classroom.  Just because a child might come home saddened because they learned that there are homeless pets does not mean you should deprive them of this life lesson.  By learning to lose, work through a tough situation, and that there is in fact suffering in the world children might just begin to work harder, embrace compromise, and best of all, gain empathy for those around them.  And imagine what a beautiful world that would lead to.

If are in agreement, please click here to sign the petition.  The petition currently has less 1/5 of the necessary signatures.  I also ask that if you are in agreement with this message, you hit that “share” button as well and let’s get this out there for more people to see!  Thank you and Take Action! 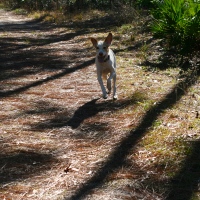 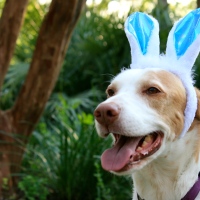 #tbt from my time at Villalobos Rescue!

All (my) Things Categorized